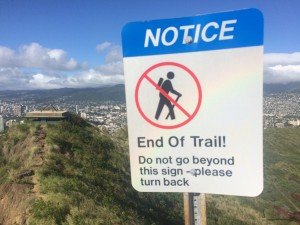 As you probably know by now, I’m a big fan of defining an overarching theme each year. This instead of writing a long list of New Year’s resolutions that you’ll never keep!

A theme is a general framework that guides your choices over the year, rather than yet another to-do list.

A theme will serve as a guiding light.

It will inform your decisions over the year, so that when you have to make priority calls between different projects or activities you can have this theme in mind.

With my theme of being active this year, I set myself the challenge of doing a new physical activity every month. Here’s what I got up to over the year:

July – trail running in the forests of west Sweden

August – Midnattsloppet midnight race in Stockholm with my sister

September – canoeing and paddle boarding down the Mississippi

October – working with a coach to improve my running technique, hill training in San Francisco!

December – Hiking up volcanoes in Hawaii

So I’m pretty happy with that year, all in all!

Now I haven’t lost weight, I haven’t become some big muscle woman, and I haven’t even really transformed my life into a more active one in any meaningful way. What I have done is maintained my running over the year; I’ve been on a lot of new adventures; and I’ve made friends for life along the way.

Of course, I still have goals every year, and these may or may not relate to the theme. This year, I’ve set myself all sorts of goals, big and small. I’ve had goals related to launching my businesses, studying, de-cluttering, travel… I love goals!

Goals give you a sense of purpose, they focus your limited time and energy on what’s really important, and they motivate you to achieve something that’s meaningful to you.

Ultimately, setting goals is about intentionally creating the life that you want; one step at a time.

Next week I’ll reveal my new theme for 2016 and give you some ideas as to how you might define your own!

Did you set a theme for yourself in 2015? How did you do? Let me know in the comments!