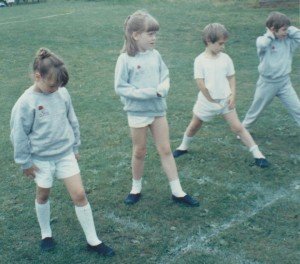 So another three months have passed and it’s time to take stock again of how well I’m doing with my 2015 theme. This year’s theme is “being active” and so far each month has brought a new physical activity into my life.

Here’s what I’ve been up to so far:

January – working out with a personal trainer

July – trail running in the forests of Sweden

August – 10k Midnattsloppet midnight race in Stockholm with my sister

September – canoeing and paddle boarding down the Mississippi (I’m paddling at this very moment, in fact, as you’re reading this!)

With three months to go, I still need an activity for October and December; for November, I’ve optimistically signed up to the Golden Gate half-marathon, eek! Training is more or less regular but I have yet to add any real distance to the programme…

When it comes to the effect of all this activity, the biggest outcome has been having fun and meeting new people. The paddle boarding in particular opened up a whole world of adventurers who are doing various crazy challenges and projects. In terms of fitness, though, I haven’t really been consistent enough to reach new levels of hardcoreness.

Most of all, I’m making it harder for myself by moving the goal posts. So when I hadn’t been running for months, it was a big deal to go out for any kind of run at all; once I started getting into regular 4-5km runs it became a question of doing 10km; and now I’m having to increase the distance ahead of my half-marathon. But even then, it’s not enough: is it just me, or is everyone on Facebook running marathons and ultra-marathons, taking part in triathlons and iron men, doing 200 burpees without complaint…?! No matter how much you do, there will always be people doing more, and the pressure is on to go further and faster than ever before.

This is not just the case with sports and physical goals but applies equally in other areas of life. With Facebook in particular, we’re constantly exposed to the best everyone has to offer: there’s always someone having the most beautiful wedding, someone showing how wonderfully adorable their children are, someone running an ultra-marathon and someone relaxing by the most crystal-clear blue ocean, someone having a cocktail at a roof-top bar, someone getting a promotion, someone having their book published… Comparing ourselves, and not just to one of these people but to ALL of them, means that we’re of course never going to measure up.

It’s important, then, not to get distracted by what other people are doing: stay focused on your own goals, your specific reasons for doing whatever it is that you’re doing, and your personal achievements along the way. And also to take a moment and celebrate when you reach a milestone and not simply move on to the next one – whether you’ve just become an ultra-runner or you’ve run ten minutes without stopping for the first time. It’s about your individual goals, and the progress that you’re making; remember that you’re competing versus your previous self, and no one else!

Of course, it’s easier said than done to disregard everything that’s going on around us and maybe you don’t have to. It helps, though, to have a clear idea of what it is that you want, and then to assess new influences that come your way in the light of that. Is this new thing really something that you want to do/buy/have? And even if it is, the fact that someone else has it doesn’t mean that you can’t too! Life is not a zero-sum game – the fact that someone else has lost weight or run a marathon or written a book in no way reduces your opportunity to do so. If anything, you could take this success story as an inspiration: if they can do it, so can you!

So have a think about what it is you really want, keep your eye focused on that finishing line – and make sure that you run your own race.

Three months to go until the New Year, and a new theme. How are you doing on yours?