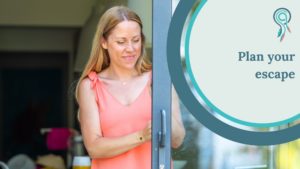 Almost exactly five years ago, I was staying in a hostel somewhere in the middle of Argentina when I made one of the hardest phone calls I’ve ever made: I called my manager, who was back in Geneva, Switzerland, and officially handed in my notice.

Sounds simple enough, but there was a whole lot of angst leading up to that moment! My logical, rational mind was telling me that this was a foolish, risky thing to do – as were many of my friends and family, with whom I had many conversations to try to feel better about my decision.

I knew that if I took another assignment in Geneva on my return, I’d very quickly get very comfortable again and before I knew it, another few years would have passed with nothing really changing. I’d be there in the same company, in the same city, probably still single, and I’d forget all about those dreams of other things that I’d had the time to think about while I was travelling in South America.

Quitting without a plan

I’ve shared before how one of my most popular articles to date has been on the ‘10 lessons I learned since leaving my job’. I came up with these 10 lessons initially just six months after that fateful phone call back in 2013; about a year later, it was picked up by Business Insider and later also Inc. Magazine and Quartz; and last year, in its updated form, it was shared by Arianna Huffington on LinkedIn.

When the article was first shared, Business Insider tweaked the title and added “…without a plan” and I wonder if that isn’t the part that has made the post so viral. There’s something so appealing about just taking control of your own destiny with that one big leap of faith into the unknown.

Quitting without a plan can seem both incredibly liberating and incredibly terrifying. When you’re feeling stuck and longing for a change, you can spend your days fantasising about heading out of that office – and never coming back. Taking that leap would feel amazing, you’d experience a massive sense of freedom and possibility, and you’d launch into discovering your new path with a huge amount of energy and focus.

Soon, though, that initial euphoria would begin to fade; you’d find that the complete lack of structure in your schedule meant that you were wasting a lot of time each day, not really knowing what to focus on; you’d start doubting yourself as others around you questioned your decision to leave; and you’d likely start feeling something close to panic as you began to eat into your savings with no money coming in.

Especially if you have a young family dependent on your income, that’s a risk you don’t even want to take – and instead you’ll stay stuck where you are, resigning yourself to the idea that it’s just not possible to make any kind of change given your situation.

So how can you avoid getting into such a sticky situation, while still taking control of your destiny and committing to make a change? Well, you can spend some time upfront, thinking about the realities of your situation and coming up with a plan.

Having an escape plan will give you the structure you need so that you know what you’re working towards and why; the confidence that you’ll only ‘take the leap’ if certain conditions are met, to ensure that you are not jeopardising the security of yourself or your family; and a clearly defined timeframe during which you will work towards the goals that you’ve set yourself.

Those goals can include a target level for a savings buffer, and how you’re going to increase your savings; a target number of clients or revenue that you want to reach before you go ‘all in’ with your business; as well as a schedule for taking the necessary action steps that will get you there.