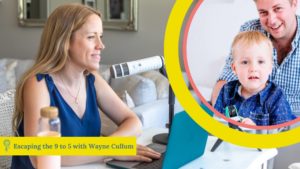 This month, I’ve been talking to Wayne Cullum about his experience of leaving his teaching job behind to set up an art and soft play space in his local area. As Wayne soon discovered, starting your own business requires a whole range of skills and tasks beyond the business idea itself, in his case involving becoming a “web developer, brand designer, interior designer, contract negotiator, exhibition curator, shopper, dad, surveyor, neighbour, project coordinator, IT consultant, project manager, cleaner and washer-uper, social media advertiser”!

The diversity of the roles we need to play as business owners is part of what makes entrepreneurship so exciting. It means a great deal of variety, learning new skills, trial and error… It can also leave you frustrated with all the admin tasks, the bills, the taxes, all the things that have nothing to do with the passion that drove you to set up your own business in the first place. Thankfully, Wayne and I both think it’s worth it for all the freedom and satisfaction we get from running our own show!

Read on to discover Wayne’s story.

Inspiring creativity in the community 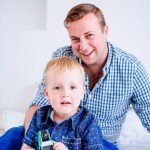 Wayne Cullum is a 30-something year old living in Southfields, South West London. He loves art, both looking at it and making his own, and is passionate about other people engaging with their own creativity. Whilst loving the direct teaching aspect of being an Art Teacher, he became increasingly frustrated with the day-to-day administrative tasks, as well as the political decisions being made at both local and national levels, and decided to try and go it alone. He recently launched CraftedLondon, a local art and soft play space in Southfields, South West London. Wayne is looking to embark on the next stage of the adventure soon as he is developing an adult art space in the area, to provide affordable studio and exhibition space, art workshops and a cafe/bar too. Once that is up and running, who knows what plans he will conjure up next…

I decided almost three years ago that it might be time for a change, but a complicated series of events – having a baby, moving house, a difficult work situation amongst other things – forced me to hold off a bit. I am so glad I did, as it gave me the time to research and develop the idea fully before I made the jump, and allowed me to establish some key relationships that have helped me to get CraftedLondon launched. It also allowed me to plan and manage the transition between teaching and running my own business – setting up some flexible supply teaching work between the end of my permanent contract and launching.

On a personal level, giving up the financial stability of teaching has been a major challenge (particularly having a three year old, and embarking on a major build project at home at the same time as launching). On a business level, once we had secured the funding, the main challenge has been around finding space to run the project. We only found space following a chance encounter between a friend who mentioned our project to a friend of a friend, who happened to hold some sway at the local Church Of England Church in Southfields, who happened to be looking for a suitable use for their generally redundant church hall! The space suits perfectly the first phase of the project, and now that we are up and running we are starting the venue hunt all over again for the adult space – hoping for similar fortuitous leads for that one too.

My wife Becca has been hugely supportive, and without her the venture could not have happened. Our son Finn is one of our biggest fans – he is VERY happy to have his own soft play and art studio. St Michaels Church in Southfields have been hugely supportive of the project as a whole, above and beyond providing the venue. We received funding support from StartUp Loans through StartUp Direct, who lent us £10,000 for set-up costs with great terms. Finally, I must mention our friends and those people who are working and volunteering with us to help make the project happen. Thanks all – you are amazing!

Having endured ten years of enforced structure and a relentless timetable as a teacher (a sacrifice I was happy to make in the early days, but that increasingly became a huge burden for me), I now love the variety and diversity of each day. During the set-up process, I enjoyed the huge range of activities I had to do to make the project happen – I posted on Facebook on 29th April the following: “So I know I wanted a bit of variety in my life but today’s activities (across CraftedLondon, loft conversion and generally being a human being) have included in no particular order: web developer, brand designer, interior designer, contract negotiator, exhibition curator, shopper, dad, surveyor, neighbour, project coordinator, IT consultant, project manager, cleaner and washer-uperer, social media advertiser and some other things I may have forgotten or been too busy to realise I was even doing! All in all, I am loving it!“ I can add considerably to that list, but it pretty much sums up just how much my life has changed.

I also love the daily interaction with the children and young people, with the added bonus of adult conversation thrown into the mix – something that was lacking in school! 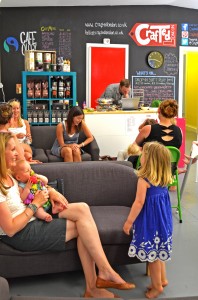 Plan and research your idea as fully as you can (particularly realistic feedback from a range of people around your idea/concept/product/service – including the negatives), but in the end, it really is about making a jump into the unknown – you just have to go for it! It is also worth having a series of back-up modifications/plans that allow you to be as flexible as possible in the early days so you can respond effectively to the things that crop up along the way!

CraftedLondon is the perfect place for children and young people from 12 months to 18 years to develop their creativity, as well as for children under 6 to play in the soft play space while parents have a good coffee in the onsite café. Follow them on Facebook to find out about upcoming events.