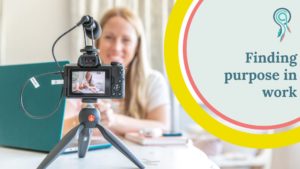 Last weekend I went to a local Tedx event and my favourite talk was about women in politics. The message was that although women are just as capable and qualified to go into politics as men are, we simply don’t put ourselves forward. When women do run, they are just as likely to win as men (though I question this statement following this week’s presidential election results – and my own sad attempts at getting elected in both primary and secondary school!). This is partly due to the lack of role models and gatekeepers to encourage women to run for those positions of power, and partly due to our own reluctance to ever put ourselves forward for a position where we’re not sure that we’re completely qualified.

Now, I studied PPE (Philosophy, Politics and Economics) at Magdalen College, Oxford, a degree that spawned everyone from David Cameron to Theresa May, Ed Miliband to Ed Balls, Nick Robinson to Evan Davis. Never once did I consider running for office or even really getting involved in politics at all, other than working in development and applying to jobs at the United Nations and various NGOs. My economics professor introduced me to Iain Duncan-Smith in the college bar one evening and while the young men in the group (who were not in fact studying politics) were vocal with their opinions and questions, I spent the evening sitting off to one side chatting to his wife.

In no way am I suggesting that my active involvement in UK politics would have had any kind of significant effect on important issues or on recent outcomes such as Brexit or Trump – I’m not that egotistical or arrogant, I promise; but I am one of many and it’s possible or even likely that if some of those many had chosen to go into politics and argued for the issues that matter to us then the landscape could begin to look a little different.

I find this particularly interesting in the broader context of my career coaching, and my strong belief (supported by research) that finding meaningful work is critical to our personal job and life satisfaction. In our corporate jobs especially we’re so far removed from the end users of our products that we are disconnected from any real purpose for our work. We spend our time on PowerPoint presentations and Excel sheets, staying late into the night rather than going home to our young families or going out with our friends. We surround ourselves with colleagues and people with similarly narrow priorities and perspectives on the world and think that this is the only path available.

When we’re young and naïve, we believe we can change the world – that soon gets knocked out of us as we settle down into sensible jobs that will allow us to earn a living. Something happens, though, as we get older and realise that our office work is quite meaningless, we’re not enjoying it, and we begin to think again that we’d like to change the world and leave some kind of legacy; to show that we’ve been alive on this planet, that we matter, and that we’ve had an impact in some way or other.

So when we see things going on around us that begin to disturb us, when we start to realise that we’re more opinionated than we perhaps thought and when we recognise that there are some principles that are worth believing in and standing up for, then maybe this is an opportunity to find that meaning – inside or outside of our work – and to get involved, in whatever form that involvement might take.

I have no idea, in fact, what that involvement looks like and it will probably be different for different people. Maybe you can join a particular political party, maybe you can go back to your old school and share your insights and encouragement with a new generation of future change makers, maybe you can write an article sharing your thoughts and concerns. What is clear to me is that moving to New Zealand or Canada, hiding away and putting our heads in the sand, or maybe worst of all lamenting developments at the dinner table or on Facebook while doing absolutely nothing about it, is definitely not the answer.

“Everything can be taken from a man but one thing: the last of the human freedoms – to choose one’s attitude in any given set of circumstances, to choose one’s own way.”

And so perhaps we might at least consider, on a personal level as well as in the broader context of society: how have we arrived where we are today – and what can we now do about it?

I know I’ll be giving this a lot of thought in the coming weeks and months, and I hope you will do the same.