After a bit of a hiatus during which I had briefly run out of people to interview in my Fearless Fridays series, I’ve recently been coming across an endless array of interesting people (hurrah!) and I’m happy to say that you can expect many more of these interviews to follow in the coming weeks!

Today I’m talking to Neil Hughes, who changed his life around in less than a year from working in a software development job that was “fine” to managing a portfolio career that involves writing (including his recently published Walking on Custard & The Meaning of Life), programming and stand-up comedy. Read on for his story and his tips on how to manage your own career change…

Leaving a corporate job behind to follow your passion: From software development to stand-up comedy 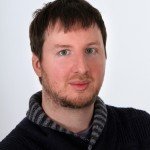 Neil Hughes worked in software development for six years, but decided in 2014 to create a more satisfying career; juggling between writing, programming and stand-up comedy. He doesn’t yet regret this decision…

The first time I quit my job, I did it because everything was more or less okay.

My job was fine. I liked my colleagues, the work was occasionally interesting, and I could have stayed where I was for a long time in relative comfort. That scared me – I realised I could blink and wake up twenty years later having done nothing but create software to help corporations be a little more efficient.

I wanted to do more with my life, and figured that the best way (maybe the only way) was to try something different. So I quit.

I have always suffered with anxiety, and giving up a stable, well-paid, comfortable position came with plenty of extra uncertainty. So as well as dealing with all the ordinary difficulties of a radically new lifestyle, I had to face my own issues and tackle the roots of my anxiety.

Luckily, this journey ended up leading to my first major project: a comedy book about anxiety, in which I share what I learned during that emotional journey to help others in similarly anxious boats. (Or, at least, so they can have a laugh at the many idiotic things I’ve done over the years.)

At the time I didn’t know many others who worked ‘outside the system’, but luckily my friends and family are very supportive. Pretty much everyone I spoke to encouraged me and believed I could make it work.

I’m very grateful for this; I can easily imagine another universe where my friends reacted more negatively, which would have made the whole transition much harder. Encouragement and belief is so important.

Later, I discovered the Puttytribe (an online community for people with portfolio careers and multiple interests) and from there I was introduced to a whole world of people who understood what I was trying to do. The support from that community has been invaluable to me.

Whatever you’re trying to do, somewhere there’ll be people who understand and communities you can tap into (or create!) – find them if you can!

Freedom. I love not having to answer to anybody, and to be able to take time out to spend with family or friends.

Of course, this comes with a difficult responsibility: I have to be disciplined and work hard the rest of the time, or nothing ever gets done. But now I know all the work I do is for something I care about, and that makes all the difference.

If I can cheat and offer a second piece of advice, it’s this: nothing is permanent. If you make a change and you don’t like it, you can make another change, and just move on. Eventually you’ll find a change that works for you.

Once you realise that you’re mostly afraid of uncertainty itself, and not of anything that’s actually real, it becomes easier to have an experimental mindset: if this doesn’t work out, I’ll just do something else. Failure is rarely the end of the world. 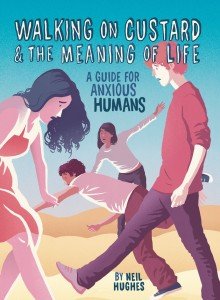 You can find Neil’s comedy book about anxiety here and you can see more of his nonsense [his words, not mine!] on Twitter at @enhughesiasm.