Another month, another inspirational career change story! Deanne studied law at a prestigious university and landed a job at an international law firm with time over in Japan. Sounds like a dream opportunity, but it didn’t feel right…

It’s difficult to decide on a calling at just 18, and hard to know what a job will actually be like when you first choose a career path. In the UK in particular, most of us end up doing something completely different than what we studied. My friends read geography or chemistry and ended up in finance; human rights and got into human resources; politics and economics and then worked in marketing (yep, that last one was me). Eventually most of us find our way towards a career that we enjoy, often one that is a result of all sorts of coincidences and various twists and turns that we couldn’t have foreseen. But sometimes we do know in our hearts what we really want to do, we’re just put off by inner doubts and external pressures.

Creative careers in particular are seen to be more risky, more competitive, and less well paid than ‘serious’ jobs in big corporations. Our parents care about us and want us to have job security and a stable income; our friends are usually a product of the same type of upbringing and therefore sceptical when we want to do something different; and for some reason we ourselves don’t believe we’re good enough. But why shouldn’t we be successful? If others can be artists and musicians, philosophers and archaeologists, script writers and producers, why can’t we?

Deanne’s is a success story that shows how it’s never to late to pursue your passion. Talk to others who work in the industry, believe in yourself, and don’t give up. You may have to start again at the bottom but if you truly love what you do then it will be worth it…

Leaving a corporate job behind to follow your passion: From law to TV drama 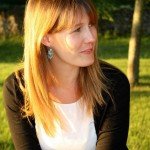 Deanne Cunningham studied law at university before heading to the city to work for corporate law firm Hogan Lovells. After completing a two-year training contract, which included a six-month stint in their Tokyo office, she realised that law was not the career for her, and decided to pursue her lifelong passion for film and TV. She now produces short films and works as a script editor on some of the UK’s most popular dramas – from EastEnders to Channel 4’s cult hit Utopia.

I’d always loved the idea of working in the media – but not knowing anyone else who did, it always felt like a pipe dream. After two years at a corporate law firm, I was going out of my mind with boredom and frustration and knew I needed a change. The turning point was meeting some people who worked in the industry and loved it. Seeing it first hand, it suddenly felt like an achievable dream rather than something that ‘other people’ did.

Lack of experience and contacts was tough. I resorted to emailing anyone and everyone who might have some connection with the media! But I was struggling to get people to take my applications seriously with such a radically different, unrelated background. I did some unpaid work experience at various companies but it was six months before I was accepted onto the BBC’s Production Trainee scheme. That was a real blessing, as they didn’t require previous experience in the industry.

From a financial perspective, I had to leave London and move back in with my parents in the north of England. It was a big life upheaval, and even though I had saved money in the months preceding the change, I still had a stint on Job Seekers and did some seriously crappy part time jobs! Not fun times, but I had my goal to keep me going.

From an emotional perspective, most of my friends were brilliantly supportive. But I would say that you should be prepared for a degree of discouragement. My parents were very worried I was making the wrong decision at first (naturally I suppose!), and even some of my friends were very dubious. You have to have faith in your own decisions, and not let others worries dissuade you.

After nearly six years it still feels like a privilege to work in such a creative, vibrant and fun industry. I feel challenged and inspired every day, and best of all I feel that I am good at what I do and that it suits my character. As a lawyer, I felt like a square peg in a round hole – that I was being slowly forced into a mould that I would never truly fit. Now I can really be myself and am surrounded by people I admire and respect. It’s a huge relief.

I had this rather cheesy quote stuck on my wall, but it has sort of proved to be true…

“Whatever you can do or dream you can, begin it. Boldness has genius, power and magic in it. Begin it now!”