This month’s Fearless Fridays interview is with David Altabev, who I met on a paddle board in the middle of the Thames back in 2015. As I remember, he tried to film me while I was giving my best rendition of Pocahontas (it didn´t go so well, as he couldn´t paddle and follow me while also operating the camera!). Now, we´ve finally got on the phone to talk about his career transition as it has evolved since then.

Read on or watch the full interview below to discover what made David take the leap, the challenges he has faced in juggling two very different businesses, and the importance of finding a mentor who can guide you on your journey – as well as believing in yourself and holding true to what you know.

Leaving a corporate job behind to follow your passion: From government innovation to photography and consulting 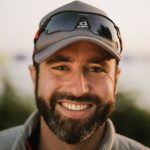 David Altabev was a Senior Programmer Manager at Nesta in the Government Innovation team, following what he calls “a fairly standard career path, employer to employer, job to job, just trying to climb the ladder”. Leaving in March 2017, he initially thought he was going to go and do another job but started freelancing while he was looking. After a few months, he realised that freelancing would actually be a better way of determining what he wanted to be doing and finding his own clients. He ended up starting two businesses: one, consulting in the same field where he had been working previously, though more specialised, and, two, formally setting up David Altabev Photography. He has been juggling the two businesses since then.

I think a lot of it came down to realising that I was self-sabotaging in job interviews because I didn’t actually want another job. I had known that I wanted to freelance, forging my own path, for quite a while but I had a certain fear about it. So probably I was going to these job interviews not really wanting them.

What I also realised was that I’m not very good at selling myself. I’m not very good at going, “Hey, I’m David. I’m great. I’m fantastic. Ooh, look at me.” What I am very good at doing is being inquisitive about people’s problems and challenges and helping them devise solutions or strategies for them. So, whenever I was meeting clients and I would have those conversations, they would suddenly say, “Well, can you do this for me? Can you help me out with this?” And suddenly I realised that, actually, I was building a freelance career without even realising it. Clients were coming to me and going freelance and building my consulting business rather than being an employee was actually playing to my strengths.

I think the reason I did both at the same time initially was that I knew that doing the consultancy work based on my previous work experience was where I had my contacts, where I had customers, where I knew what I was selling, and it was easier. So I told myself that I’d do that initially because that would provide me with some stability and the foundation with which to pay bills. Photography was a whole totally new world that I knew would take a long time to generate income would be much more difficult.

Fortunately, or unfortunately, depending on which way you look at it, my consulting took off. And suddenly I was thinking, “Oh, I’m doing six days a week and I’m having to turn work down,” and I was really finding it difficult to squeeze in the photography and the more creative side, having time to just be more adventurous, all that kind of stuff. After a while, I suddenly reminded myself, “Why did I actually do this in the first place?” And I had to stop and take a step back and write down the reasons why did I want to go freelance in the first place. Really, it was to be more in charge of my time, to have time to do photography and adventure stuff; maybe work a bit less. I realised I’d been driven by the freelance fear of what happens if the next client doesn’t come, and always taking on the next job, and I suddenly got to the situation where I was working harder freelance than I had been when I was full time, and losing sight of the reasons why I started in the first place.

The biggest challenge is that you go for what you know, what’s comfortable. The bulk of my income comes from me doing similar types of work to what I did when I was a full-time employee. Because that’s the easiest way to get going, to create income; that’s where you almost subconsciously focus more of your efforts, where you become known. So that’s the biggest challenge, deciding how much time and effort you’re going put into each business and managing multiple clients and expectations, and wearing lots of different hats, trying to jump between doing consultancy work and photography work.

The two businesses are very different in terms of their marketing, their customer acquisition, and, most importantly in terms of the mindset and head space that you have to be in to do each one of them. Trying to switch from one to another in the same day or week can be quite challenging sometimes. And carving out the space for both of those has been really difficult.

One mindset is sitting at a computer at a desk in an office, the other is being out on location, being active, running up a mountain, and learning how to edit in the mountains. They are completely different and it’s quite difficult to have to portray two very different identities. For example, I’ve used Twitter and Linkedin for my consultancy only, while I use Instagram and Facebook for all my photography because people see me on these different social media channels and they get confused: “But who are you? What are you doing? Are you this? Are you that?”

I think possibly the biggest challenge I had from a business standpoint was: “How do I price myself? What am I really worth?” Initially, I had a lot of people telling me to go down on price – but I don’t want to be known for cheap work. So I went quite high, and it worked, and I’ve gone higher since. People were very surprised at that, and especially those that don’t really understand your industry, they don’t know where you’ve come from. You have to be very careful about sticking to what you know, and knowing your worth.

I think there’s a tendency that people feel if you’re going freelance and living this whole adventure lifestyle that your income has to almost stop completely – you’re not making any money, or your value somehow diminishes. You can still do high-value work, just in shorter, more intense periods!

There is also a degree of vulnerability, and always having to maintain that confidence that what you’re doing is right for you. There’s the, “You’re trying to leave your full-time job to go and do what exactly?” There are still a lot of people for whom it’s so beyond their comfort zone or their thinking that they just look at you and go, “Dave, are you really sure about that? How often do you get a full-time job with a pension etc., why do you want to go and do this where you don’t really quite know what you’re doing, why don’t you just keep that as a hobby…?” It’s being constantly vulnerable to a certain degree and I think that’ one of the hardest emotions to get used to, if I’m being honest.

Talking to friends, talking to people who’ve done it before, is always my “go-to” strategy: finding people who you can be honest with and who will give you constructive feedback. In photography, I´ve asked how other people´s business models work, how they acquire clients, while on the consultancy side I´ve had honest chats with some of my clients about the dual personality that I have and the reasons why I’m living my life the way that I am. Finding people who can effectively be your mentors is really important.

Knowing that I’m directing it, that is the main thing. I’m not beholden to anyone else, I can chop and change clients and the direction as I want; it’s really down to me and my comfort levels, what I’m willing to throw myself into.

That and the variety. People’s perception of what I can do now that I’ve been dependent is so much more varied compared to when I was working in a role with a narrow job title. That’s what I’ve really enjoyed, being able to flex other muscles in terms of creativity and roles.

I think one of the most interesting journeys that I’ve experienced in the last 18 months is how other people define my value and what I can do. Previously, being in a job, I was defined by my job description or job title, or what the organisation did; being myself and my own person, with the opportunities I’ve been able to create, the variety of work I’ve done has been huge. And, in particular, the level of work I’ve done has increased dramatically in terms of seniority. I’ve jumped about two or three levels in the last year that I wouldn’t have done in my previous career for another five years.

Believe in yourself. That’s the hardest bit but if you don’t, then no one else will. It’s really believing that you can because so many other people have gone out there and done it before you. It is scary, but it’s totally doable. And if it doesn’t work you can fall back into a job. Best to try!

It is a journey, though: don’t expect success overnight! My first six months were a bit dire, sitting in coffee shops, trying to find work – it was horrible. And then, suddenly, at one point, it just flipped, and it went the other way. But it took about a year or so. So be prepared! It won’t come overnight, it’ll come from hard work.