It’s the final Friday of the month, which can only mean one thing: time for another Fearless Fridays interview. This month, it’s a special one for me as it’s an interview with none other than my very own sister, Christina. I was thrilled when she agreed to share her experience, and curious to find out the nuances of her transition that we maybe hadn’t discussed in our many conversations on the topic.

The biggest surprise for me these last few years has been how similar we are in the way we think about these things. That might sound strange, giving that we’re sisters and just two years apart; after all, we’ve had almost the exact same upbringing and we at least look more and more alike with every year that passes (or so we’re told). Growing up together, though, I think I was acutely aware of the differences between us. It’s natural that siblings are compared to each other, either implicitly or explicitly, and it was also important for me as “the one who came later” to differentiate myself versus my older sister. Up until I was 15 I followed almost the exact same path as her, going to the same schools (where teachers would call me Christina), doing the same after-school activities, spending all our family holidays together. Being younger, of course I idolised her and when I was old enough to be given the option I actively chose to do what she was doing.

Today, despite the very different choices we’ve made and the different circumstances in which we’ve found ourselves, there are key aspects of our lifestyles and values that are remarkably similar. We share many interests like a love of musicals, an interest in cooking and baking, an enjoyment of interior design, and this year we’ve also been running together. Beyond that, though, and at a more fundamental level, we’re both ambitious and want to challenge ourselves in our work, while we’re also looking for the flexibility and freedom to spend time on the other priorities in our lives. Those priorities may look very different at the moment, but the underlying desire is the same. I’ve certainly appreciated Christina’s support and advice as I’ve made my own transition from a full-time job to the independent life, and I feel privileged to count her as one of my closest friends.

Leaving a corporate job behind to follow your passion: From full-time manager to freelance consultant 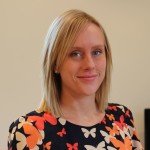 Christina began her career in international marketing for a global skincare brand at Beiersdorf, Germany. After completing a Masters in European Studies she spent several years at an award-winning PR agency, followed by five years as communications manager at a heritage regeneration charity. Two years ago she decided to become self-employed and she now works as a freelance marketing and communications consultant.

On the one hand it was a gradual development – I have always wanted to work for myself and knew it was just a matter of feeling it was the right time. A year after returning to my job after having my first child, and in the early stages of pregnancy with my second, it hit me! Professionally I wanted a new challenge as my job had started to get too comfortable, and personally I wanted to find something that worked better with spending more time with two young children. I couldn’t find any employed positions that even came close to offering both – I either found a fantastic full-time job with a long commute, or a part-time local job where I wouldn’t need most of my skills or experience, with a pay that reflected this. Deciding to work from home and on a freelance basis therefore ticked all the boxes.

Probably how the timing ended up – launching a new career, winning clients and building a good track record and reputation is difficult when you only have a handful of months before you then have to take time off on maternity leave. However, it also meant more flexibility in terms of starting to work again: I started with a couple of small-scale projects which I could fit around the children, before building up to more hours the following year.

My husband has been fantastic and has believed in and supported me since day one. Without this I couldn’t have made the leap and the plate spinning and juggling would not have been possible.

It has also been really useful to grow a network of other freelancers and contractors who work in similar sectors or fields (e.g. graphic designers, photographers, cultural educators, market researchers), who “get it”. And I couldn’t forget my little sister – author of this blog – and a constant source of support, inspiration and friendship.

It’s the empowerment of feeling in control of my life and career; the flexibility that works with raising a family; the stimulation of working on such a variety of interesting and creative projects and the learning that comes from this and the people involved.

Believe in yourself – if you don’t, why should anyone else (a client, audience, customer, your family and friends)? And go for it!

But if you’re not quite ready or don’t know what it is you want to go for, take baby steps in the right direction. For example, talk to others who have made a similar change, research your potential new lifestyle, get some relevant experience if you don’t already have some (e.g. by volunteering), save up a bit of a buffer for potential lean times. 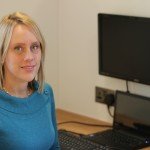 Today, Christina works as a marketing and communications consultant specialising in strategy development, workshop facilitation and training delivery for museums, heritage sites and other cultural venues across the UK. You can read more on her website or follow her on Twitter.