This month’s interview is with Tom, a former colleague from Procter & Gamble. Tom’s new venture is an organisation that offers different volunteering programs to match you with an NGO without charging any agency fees. Currently based in South Africa, Tom hopes to extend the programs internationally in the future.

Having been interested in volunteering myself over the years, I can 100% relate to the frustrations Tom experienced when interacting with organisations that have programs in developing countries. You think, perhaps arrogantly, that they should be grateful for your support, and you expect to be welcomed with open arms. Instead, you come up against bureaucracy and high fees.

Interestingly, although Tom has no regrets about leaving his job, he now feels ready to go back to the corporate world, while maintaining his philanthropic efforts as a non-profit activity on the side. Read Tom’s story here:

Leaving a corporate job behind to follow your passion: From Consumer Goods to Philanthropism 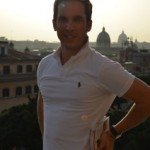 Thomas Gosschalk is the proud grandson of Ruth and Bernard Gosschalk, both of whom resisted apartheid and were banned from South Africa. In December 2013, Tom left Procter & Gamble after seven and a half years in marketing. Five years earlier, he had been granted a sabbatical to volunteer for three months in South Africa, but a number of frustrations had almost compelled him not to volunteer at all. Exaggerated fees and projects that were in fact taking employment away from local people, without any consideration of his skills, were among his largest frustrations. The tipping point came when he asked an organisation for the name of the charity they were helping, having already booked his own flights and accommodation. They answered,  “Sure… for £1000.″ Tom’s new project, Power-of-You, is his attempt to break down barriers and encourage individuals to volunteer abroad whilst maximising impact.

March 2009. The moment I returned from my sabbatical and sat behind my desk, I knew that it just didn’t feel right. That said, parting from the comforts one gets accustomed to when working for a fantastic company in Geneva is easier said than done. It took me another five years and a few beers to make the decision without really meaning to. The following three questions essentially led me to taking the leap:


2) What was the biggest challenge you faced in making the change?

Exit forms! It was harder to leave the company than it was to join! Besides that… overcoming the fear of failure. Key to my decision was the knowledge that I would have the backing of friends, family and, importantly, the support structure in Switzerland to make the leap and know that failure wouldn’t be so painful after all.

The decision came out of the blue for everyone – including myself – but whilst there was quite some shock, my partner, friends and family were all incredibly supportive. Furthermore, my partner in crime in South Africa – Nozuko Masiba – who has passionately shared, fuelled and supported the vision of Power-of-You within her own charity, The Volunteer Centre*, has meant that my dream has been realised. We now have over a year’s supply of volunteers so above all I must give credit to our biggest supporters: the volunteers.

*The Volunteer Centre is a registered South African charity that promotes volunteering within South Africa and facilitates the process by placing volunteers in roughly 200 charities based on the volunteers’ skills, passions and location.

Time, and working on my passion: volunteering. Working 9-5 (which, let’s face it, no one is), there was always, always, always, something pressing on my mind. Be it work, drink, sports, or planning for the weekend, there was always something. This new-found freedom has been so refreshing. Time to think about what matters. Time to not think – which conversely tends to be my most productive time. It’s something everyone should try at least once in their lifetime. Furthermore, the opportunity to focus on and grow something that I am truly passionate about is most rewarding; as is the hope that I will have a lasting impact on society, beyond growing shareholder value.

See it as a chance to test yourself and grow… then ask yourself the 3 questions (see answer to question 1). It is only now that I realise that I’m not designed for spending the rest of my life as a work-from-home ‘entrepreneur’. Now that Power-of-You is successfully up and running, I’m looking forward to finding a company that enables me to combine my passions and skills. It appears I’m not the only one appreciates this adventure… my first few job interviews have all focused on my four months of Power-of-You as opposed to my seven and a half years of P&G! 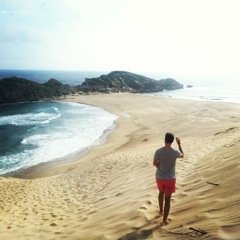