It’s a short month, February, and so it’s already time for our next Fearless Fridays interview! This one is with Jay Dike, who had just popped over to Boulder, Colorado when we spoke a few months ago. He is now enjoying the freedom of being able to make spontaneous decisions like this one, as well as taking days off to go skiing, as compared to the more rigid confines of the nine to five.

The decision to go off on his own was sparked when Jay was made redundant and this gave him the extra push he needed to explore the ideas that had long been at the back of his head. Jay speaks honestly about the financial uncertainty and reliance on his savings that have characterised the first few months of his freelancing and entrepreneurial career, given that he hadn’t had the time to build up a new business alongside his job.

Jay also gives some great advice around leveraging your network and knowing when it’s time to shut down your laptop and take a break (or go to bed!).

Watch the full interview or read an abridged version below!

Leaving a corporate job behind to follow your passion: From Escape the City to escaping the country 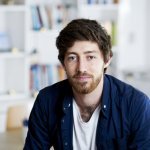 Jay Dike was working at Escape the City, having been in roles including sales as well as housing and construction, when he was made redundant around a year ago – and took this as an opportunity to leave the nine to five. His background had given him a diverse range of experience and expertise including customer services, sales and marketing, and design. Today, he’s running an adventure company where he’s trying to bring people together and guide them on unique trips around the world; he works as a photographer; and he does little projects here and there in various industries.

There had always been a little idea in the back of my mind, to have the freedom to go freelance and create my own income. I suppose when I was made redundant it was the fire under my arse to make me do it. I didn’t want to go into another nine-to-five job. I didn’t really want a remote job with one company either; I wanted to try things out and explore my curiosities.

So the decision was made for me, and I’m glad it was! I don’t know how long it would have taken me to actually say, “Let’s quit and try something myself!” Having said that, I would have liked to have the option to keep a full-time job and start something on the side, and make that transition more slowly – rather than cutting it off and starting immediately.

Probably uncertainty. I’ve been battling with uncertainty and not really knowing where the next paycheck is going to come from, where the next gig is going to come from. In all honesty, and I don’t know how many people talk about this, but financially it has been a huge struggle. Throughout having a full-time job, I’ve always had my savings – which I never touched, they’ve just always been there. It’s the other way around at the moment: I’m living on my savings and whatever I’m earning has just gone to try to replenish what I’m spending. I suppose I’ve only got myself to blame, spending my money travelling!

So those would be the two biggest things: the uncertainty, and the financial side. I’m trying to keep on top of it all – expense tracking and income tracking, budgeting, that kind of thing. I’ve never done that before, so learning how to do all that has certainly been a new experience.

I also feel like an imposter sometimes. You may have to deal with some sort of project or piece of work that you don’t really know a lot about – but you don’t want to say that and you just need to figure it out for yourself!

I suppose I was quite lucky with that since, coming from Escape the City, I was surrounded by like-minded and very open, caring people. They have knowledge of the freelancing world and experience in dealing with all the common blockers and struggles that freelancers deal with. Over the eight months to a year that I worked with them, I made some really good friends. They supported me a lot and they were quite active in helping me figure out what it was that I wanted to do next, and how to get there as well. When it came to finding clients, there’s specifically one friend, Johnny, who helped me a lot.

In terms of emotional support, that was a mixture of three of my very good friends who are all entrepreneurs themselves. They’ve each started companies, and failed companies, so I was very much a newbie and they were the ‘big dogs’ who knew all about this world. They were very supportive and were there for me to lean on.

Other than that: Google, YouTube, and just figuring stuff out! I spent hours on my laptop just reading and writing.

I also started meditating, and that really helps to keep your mind clear. I went on a ten-day silent retreat – I could talk about that for an hour! – and it really helped to channel my mental energy and focus on the things that I wanted to achieve.

It’s probably in having the freedom to be where I want to be, and go where I want to go. I’m in Boulder, Colorado, at the moment and I didn’t expect to be here – it was literally a four-day decision. A friend of mine was coming here and I had just become homeless, so it was either do the cliché thing and go to Bali… or come out to Boulder! I had that freedom: I didn’t have to tell my boss that I wanted to go to Boulder, and I didn’t have to see if I had any leave available. I just packed my one bag and came out here.

Also on the freedom side of things, it’s not having to do the nine to five, Monday to Friday. For instance, tomorrow, I’m going skiing the entire day. Whilst I’ll probably be thinking about all the work I’ve got to do while skiing, I can still do it! I can come back in the evening and get some work done then.

A very close second to the freedom aspect would be the connections and the friendships, all the relationships that I’ve formed with people. I have never met and conversed with so many smart and interesting people in such a short space of time. As freelancers, we all need each other to lean on, to find clients, to find advice, and to find solutions to problems. It creates this community both online and offline, and I really love that aspect of it.

My short-term goal is to do the whole ‘van life’ thing. It helps to not have to pay rent! I do want to see a lot more of the world, travel a lot more. At the same time, I also like the concept of having a base for when I just want to switch off from travelling and not showering for four days! To be able to just go home, to my own bed, and have my own stuff. So I’m looking for a balance between those two things, I suppose.

I would probably say to really rely on your connections and your ability to be open and gregarious with people. The whole freelancing world, finding clients and being successful, is all about those connections and those networks that you have. You want to be open and giving but also let yourself do some taking every now and then! It’s a reciprocal thing, you ‘pass it forward’. So, all those connections in the past that you’ve made, maybe you haven’t spoken to them in a few years – open those up again, see who’s out there, who needs help and who can help you.

Also, get on top of your finances – don’t let it slip before you realise, “oh, shit, I’ve got no money!” Start doing that now, that’s one of the most important things. And always put money aside for tax – don’t let that catch you up.

Another piece of advice is to set a time in the evening to close your laptop. It’s quite often that I end up working – and I’m not an evening person – until 10pm, 11pm, 12am, and the next thing you know I’m a bit spaced out and the next morning, I’m slower. I think it’s important just to be able to really switch off sometimes.

There’s an overwhelming sense of stuff to do – I suppose we always have these big projects that we want to achieve and we set a certain amount of stuff we want to do in one day. Then there’s always admin, and all those little things – the articles you want to read, a photo you want to post to Instagram, researching what new camera you want to buy… or whatever it might be. You end up falling into a rabbit hole. It’s about knowing when to say: “this can be done tomorrow” or “this can be done within the month”. It doesn’t have to be done right now!

There’s a great quote by Ernest Hemingway around always finishing your sentence half written, so that when you wake up the next day, you immediately fall back into that zone:

“The best way is always to stop when you are going good and when you know what will happen next. If you do that every day when you are writing a novel you will never be stuck. That is the most valuable thing I can tell you so try to remember it.”

I think it’s the same with any task – finish halfway through something, so that you know where to start next time!

You can find Jay on Instagram and on his photography website. You can also find his adventure company at Adventure Goat.